Today, for the first time I tried Kale Chips! Well actually cheddar flavored kale chips. When I first opened the bag, I was mentally preparing myself for the worst… But who would of thought, they were kind of alright. It tastes good in the beginning, then a little wierd, then good again! My husband tried it, he didn’t agree with me at all, he was def not a fan!

I took a picture of the back of the bag to show you that it actually had a legit expiry day (May 2012) instead of other foods that expiry three years from now! Love it!!!

I think its a def must try just to feel the texture and the CRUNCHY-NESS! Crunchity crunch crunch! 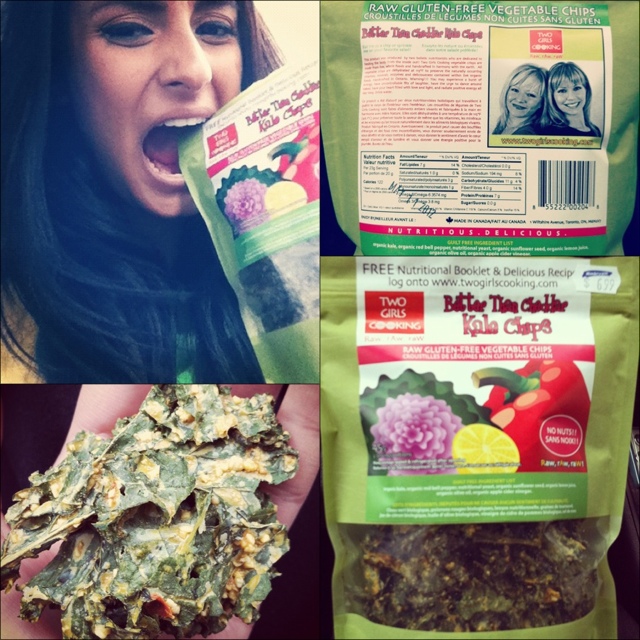