Soooo we all know that sharks and whales exist, but did you know that there is actually a species of Shark Whales?!?!  Well these boys are big boys to say the least!  In Karachi, Pakistan the carcass of a 40ft shark whale washed ashore yesterday and the locals were definitely shocked.  It took more than 2 cranes to get this shark whale out of the water and then was later sold for $1.7 million rupees which is equivalent to $19,000 US.

Apparently the last time this was seen was in Karachi was in July of 2010, but that shark whale was approximately 17ft; nothing close to this beautiful animal that was seen on Tuesday.

Check out the video its quite phenomenal! 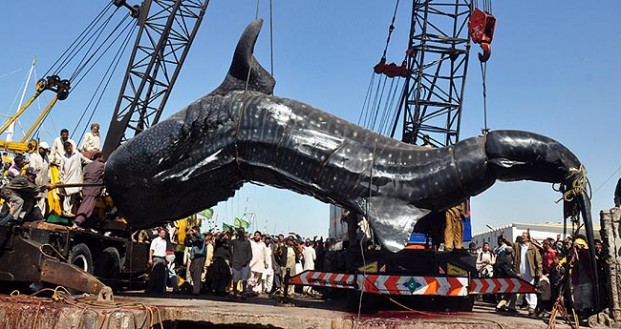