Angie and I had another one of those nights where she just wasn’t feeling like sticking to our routine sleep that we have worked so hard to create. So needless to say it was a late night for the mother daughter team. When our princess did fall asleep it ended up being on mommy on the sofa, thank God for the PVR. When Angie has these days it’s perfect for me to have catch up time with my shows. Now the other day PBS had a special with Dr. Wayne Dyer called Wishes Fulfilled that I had been wanting to watch. Firstly if you do not know who Wayne Dyer is Youtube him, watch any of his videos… If you are feeling short of inspiration, he’s your man. He always does it for me, always brings a positive spin on life and really does keep me on this natural hip hip happy high!!!

This is an old story but a good one that really proves that if you put it out to the Universe, anything is possible as we really do have the ability to choose our reality. The good ol’ Law of Attraction. I was initially introduced to this theory by the “The Secret” movie. It is super cheesy and it definitely has not been nominated for Best Picture but it gets the lesson across. Wishes Fulfilled explains the Law of Attraction concept but a lot better, clear and it’s Wayne Dyer COME ON! (You’ll get it once you sit through one of his videos – he really knows how to toddle my fancy.) The one thing with this Law of Attraction business is that it’s not easy and requires work on a daily basis, well more like hourly basis or minutely (that doesn’t sound like a real world ) basis. You got to wake up with an intention, believe in that intention, act as though it exists, be grateful for it and so on and so forth.

Back to my story, nine years ago I had a dream. I wanted to become a model. Like really really wanted to be a model. Now being from a small city like Winnipeg moving to Toronto seemed like the most logic place to do it. Now when I told my parents who have always been very supportive in my life, they were a bit taken aback. Their one and only little girl wanted to move and pursue a not so indian dream. It was hard to swallow at first, but as always they supported me. First on the list was finding an agency that would put me on their roster. We flew to Toronto, rented a hotel downtown, rented a car and went from one agency to another to another. Some were interested, some weren’t, some had girls similar to me already, some I didn’t fit the requirements. It was not easy. One minute I’m on cloud 9 the next was pure frustration. Then it happened. My dad was driving, I was sitting in the passenger seat and my mom was at the back. We had the AC blasting, we were all exhausted and ready to call it a day. We pulled up at the lights on Yonge and Queen St. We were facing The Bay, there was a massive poster of Naomi Campbell on the side of the building and with all my frustration I pointed at her poster and said I just want to be up there one day. Is that too much to ask?!?! If I do that, I’ll know I accomplished my dream. Then as always my parents said their encouraging words, reminded me how much they believed in me and that whatever decision I chose to make after this trip they would support me. We came back to Winnipeg, I had two agencies that were interested in me. The decision was mine. Everything moved really quickly after that, since I was considered “older” for the industry (I was twenty one) my window of opportunity was small. We jumped on it quick. Thank God for my parents, I moved to Toronto shortly after with their help. I hustled. I took any jobs the agency would get me, some paid, some not. I did some creatives, Toronto Fashion Week, editorials, novel covers, TV commercials, print and a fun Dentyne Ad. I was living my dream. I loved it.

Then I got a call from my agent, I was booked for a photo shoot with The Bay. There was a new campaign starting called ” World Party” and it was only going to be a picture of my eyes. Easy Breezy. I went in and did my thing. A couple weeks pass and my agent called to see if I had seen it yet, I had not. All he said was they decided on using an entire face shot instead of the eyes and to go to Yonge and Queen. I convinced a friend to take me that night, as we turned the corner I saw it! My dream had come true, the Universe listened! I was in the exact place I wanted to be. LITERALLY!! I cried like a baby! I couldn’t believe it! That’s when I knew that if I put my mind to ANYTHING, I could do it. Sometimes it could take a while, but I really can happen!!

That was an extremely long story, but honestly when I feel like I’m in a rut or things aren’t going my way I remind myself of that story. With a new chapter starting in my life, I have new dreams. Big ones! They aren’t easy ones either, but Excuse me Miss Universe, if you are listening… This sista means business!!! I know I’ll have to hustle, but I’m up for the challenge. Sooo look out world, big things are on their way for me!!! I can’t wait!!!

If we say it out loud, strong enough and truly mean it with every bone in our body, it will happen. It’s the Law of Attraction!

See what my dear friend Wayne Dyer sparked! Ring in your Spring with some positivity and motivation!!! Set your intentions today and remind yourself every morning and live as though it were real or on the verge of happening, because it will. 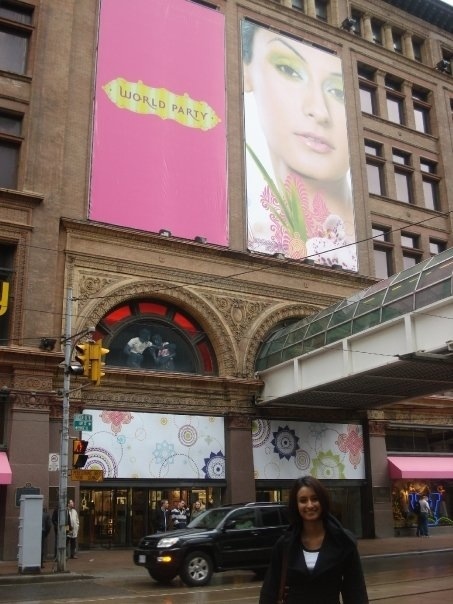 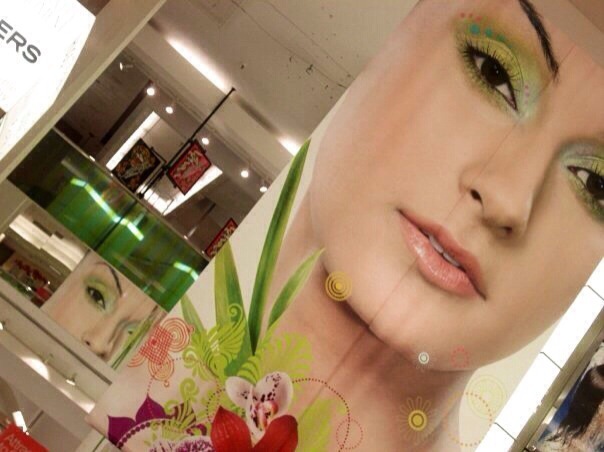